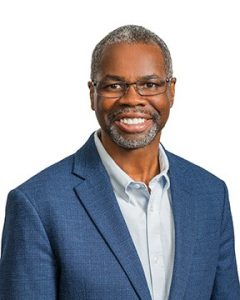 Wayne Strong is a retired 27- year law enforcement officer. Wayne began his career in 1986 with the Hennepin County Sheriff’s Department in Minneapolis, Minnesota. While a member of the department, Wayne served as a Classification Officer and was a member of the Special Evacuation Team (SET). He also volunteered in the community as a mentor with a local youth organization.

In 1989, Wayne was hired by the Madison Police Department where he served for 24 years retiring 2013 at the rank of lieutenant. As a police officer, Wayne worked as an undercover officer with the Dane County Narcotics Enforcement Team. He also served as a Neighborhood Officers and was among the first of the Educational Resource Officers hired in partnership with the Madison Metropolitan School District.

As a member of MPD, Wayne earned a Medal of Valor and Life Saving Awards. Since 1995, Wayne has been active in the community, volunteering with the Southside Raiders Youth Football and Cheerleading Program and serving on numerous committees involving criminal justice and educational issues.

Wayne has been married to his wife Terri for 34 years. They have two adult children and two grandchildren. In his spare time, Wayne enjoys reading, cycling, and spending time with his grandkids.