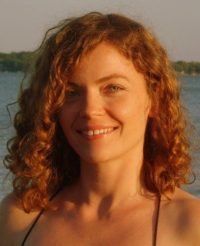 Interned at the Office of the Public Defender in Madison

I had the privilege of spending my summer internship at the Office of the Public Defender (OPD) in Madison. The OPD primarily serves individuals who are indigent and in need of legal counsel for a variety of reasons. The clients, who include both adults and juveniles, come from diverse backgrounds.

As an investigative intern, I worked on acquiring useful information related to alleged incidents of criminal behavior and the parties involved.  The information gathered by an investigator can be essential in forming the attorney’s defense for their client, or may even lead to the dismissal of charges.  My work began with going through the files that accompanied attorneys’ requests for investigation.  I would then attempt to verify the police reports and witness and victim accounts, and then gather other information to supplement what was already at our disposal.  The gathering of additional information included many potential tasks such as examining the scene of the alleged crime(s), taking photographs, interviewing people who may have been involved in an incident or who had useful information about those involved, and obtaining relevant materials such as maps, 911 audio recordings, police contact sheets and arrest records.   Perhaps the most interesting tasks involved locating potential witnesses and interviewing them.  Following an interview, statements were compiled into an investigation report.   I also served a subpoena and prepared written statements.  Occasionally, I met directly with clients or sat in on their attorney meetings.  The variety of these tasks made for few idle or boring moments.

During the weeks of my internship I had the opportunity to tour several other sites/ agencies- experiences that gave me a better understanding of the great network of community organizations and agencies that comprise the criminal justice system.  I was also able to observe court proceedings, including much of a week-long trial.  With those observations I learned a good deal about the many steps that occur between being charged with a crime and the eventual sentencing for, or dismissal of, the charge(s).

My summer internship brought a meaningful and memorable conclusion to my undergraduate academic career.  With the experiences and knowledge I gained I feel as though I have made a significant step toward a professional career in the criminal justice system.   Finally, I came to further appreciate the valuable services that the dedicated staff of the OPD provide for the community.

I am extremely grateful for the support provided by the Audrey J. Harris Summer Internship Award.  It is an honor to have received the award and I hope to return the generosity through my future contributions in the field.