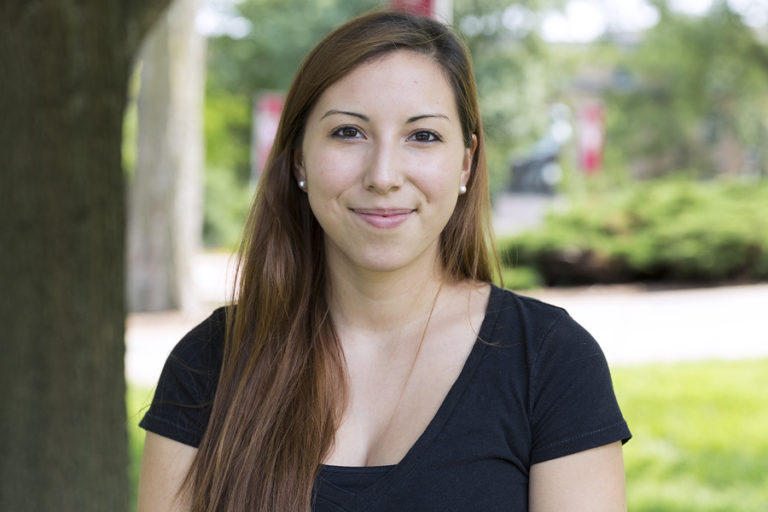 I plan to graduate next spring with a BA in Gender and Women’s Studies and certificates in Criminal Justice and American Indian Studies. My long term goal is to go to law school and eventually come back to work in my tribal community.

This summer, I had the opportunity to intern in my hometown at the Menominee Tribal Prosecutor’s Office in Keshena, WI. The Menominee Indian Tribe is a federally recognized, sovereign nation with a population of about 8,000 tribal members. The Menominee Tribe has a separate jurisdiction from county and state, as are the other 10 tribes located in Wisconsin. I requested to work specifically with the domestic violence (DV) and sexual assault (SA) prosecutor which is available to the tribe via a federal grant. As many may know, sexual assault is quite rampant among the Native American community with at least 1 in 3 Native women being raped in their lifetime. I was able to see the processing of many sexual assault, as well as domestic violence cases, from investigation and reporting to conviction. I spent a lot of time in court taking notes for the prosecutors during criminal reviews and initial appearances, which allowed them to monitor the progress of each case. I became very familiar with logging information and generating documents within the tribal court’s database.

I also had the chance to work with the criminal prosecutor (assistant prosecutor). I learned how to review the officer’s statements and decide whether to pursue charges, specifically disorderly conduct and resisting or obstructing officers. As part of this process, I would pull the suspect’s criminal history and generate a criminal complaint for the prosecutor to review. I was also able to understand the relationship between the prosecutor’s office and the tribe’s legal attorney’s office, which mostly consists of addressing jurisdictional issues between the tribe, state and federal government.

I observed and recognized the importance of the prosecutors’ relationships with the tribal police department. I was able to attend squad meetings where the tribal police, prosecutor, federal prosecutor, and crime victims program collaborate on top priority cases, I had the opportunity to go on a ride-a-long with the tribal police twice, where I got to witness some OWI and drug arrests. It definitely gave me some perspective on the issues that the officers face. More importantly, it confirmed my decision not to be a police officer. I was able to shadow our crime victims program, which is an entity under the police department, and observe their overwhelming dedication to advocacy for DV/SA victims. I also got to participate in the tribal community coordinated response team to address the gaps within the tribal ordinances for domestic violence, elder abuse, child abuse, and sexual assault.

I would like to give a special thanks to the family of Audrey J. Harris for their generosity. Receiving the scholarship allowed me to focus on my internship without having to worry about attaining a second job. My internship experience was nothing short of inspirational. Yes, there were days where I was overwhelmed with frustration and sadness from reviewing victim’s statements but it made me realize just how important debriefing and self-care is. There were also many days of my internship that were filled with hope and motivation to go charging toward my goals and professional career.