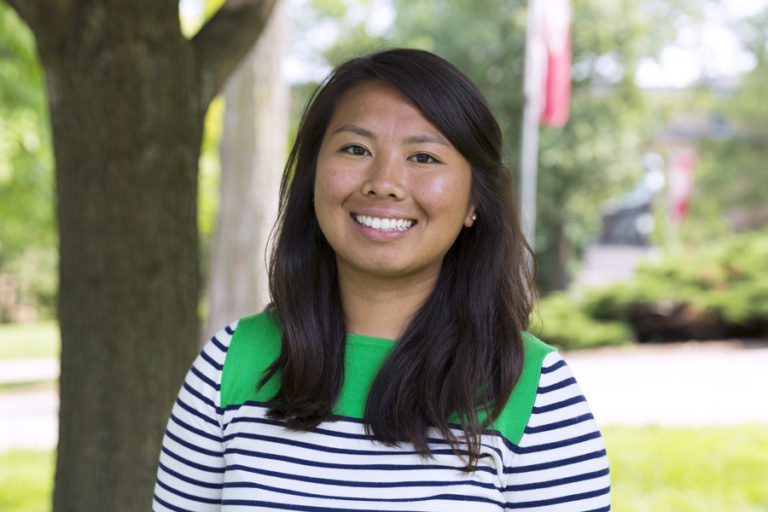 Goals: To become a police officer and eventually a homicide detective

This summer I have experienced and learned so much interning with the Saint Paul Police Department! I remember being so nervous on my first day because I didn’t know what to expect. However, it was on my first day that I felt so welcomed by the officers and citizen staffs of the department. On my first week there, I worked with Sex Crimes and Family Violence Unit. It was in these units that I observed arrests, booking process, suspect interviews, and my personal favorite, going out of the office and investigating a crime such as collecting evidence, talking to witnesses, potential suspects and observing a crime scene. After Sex Crimes and Family Violence, I had the opportunity to participate in the Saint Paul Police Reserve Academy for a week. It was in this academy that I got sprayed with oc asr. It was such a painful but great experience at the same time! It was also in the academy where I learned radio adequacy and how to drive a patrol squad. After the weeklong training, I graduated from the academy and now I am currently a Saint Paul Reserve Police Officer.

After the academy, I worked with the Property Unit. Here, I learned so much. I learned that there are so many steps to do prior to turning in a property or picking up a property that was held as evidence for a crime. If anything, I learned that losing a property sheet record would get the whole team of the Property Unit working together to find it because the whole department is depending on you to keep the evidence secure. I also worked with the Police Activities League (PAL) Unit and it was here where I learned that policing isn’t all about taking calls. I had the opportunity to work with kids and let them see the parts of policing that are often left out of the media. I would say that this was the most enjoyable and memorable part of this internship for me, because these kids had opportunities that made them happy and smile. It was this unit that I left home with a smile every day.

During my internship, I had the opportunity to work with the Organized Retail Crime Unit (ORC) and the ACOP Unit (A Community Outreach Program) which works with public housings. In ORC, I learned how to write a supplement to a police report and how to put together a case for the prosecutor. I learned how to use the department’s database. On the other hand, in ACOP, I went on ride-alongs with officers everyday. It was here that I really had the opportunity to observe what patrol officers do on a daily basis, and most importantly, how they each handle dispatch calls. This was an amazing opportunity to see how street patrolling is different from investigating.

However, this most amazing summer would not have been possible if not for the Audrey J. Harris Legal Studies Endowment Award! I would like to thank the Audrey J. Harris Family for supporting me financially this summer. Because of them, they have lightened my financial burden, which allowed me to focus more on the most important aspect of policing and my work with the Saint Paul Police Department. This internship has taught me so much about policing and it made me more excited on pursuing my dream as a police officer. Thank you, Audrey J. Harris Family for such an amazing and incredible support! I am forever grateful!