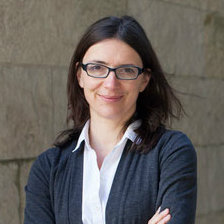 Alexandra Huneeus studies international courts, international human rights, and courts and politics in Latin America. Her work stands at the intersection of law, political science and sociology, and has been published in the American Journal of International Law, Law and Social Inquiry, Yale Journal of International Law, Cornell International Law Journal and by Cambridge University Press. In 2013, she was awarded the American Association for Law Schools Scholarly Papers Prize, as well as the American Society for Comparative Law Award for Younger Scholars (for two different articles). Currently, she holds an NSF grant to explore the impact of the Inter-American Court of Human Rights on domestic prosecutions of state atrocity. She is Associate Professor of Law and Legal Studies at the University of Wisconsin, Madison, received her PhD, JD and BA from University of California, Berkeley, and was a post-doc at Stanford’s Center on Development, Democracy and the Rule of Law. Professor Huneeus is on the Board of Editors of the American Journal of International Law, and is a founding board member of the Brazilian Journal of Empirical/Socio-Legal Studies. She holds a permanent visiting professorship at the Universidad Diego Portales Law School in Santiago, Chile.