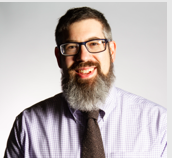 Jordan D. Rosenblum is the Belzer Professor of Classical Judaism and the Max and Frieda Weinstein-Bascom Professor of Jewish Studies at the University of Wisconsin-Madison. His research focuses on the literature, law, and social history of the rabbinic movement in general and, in particular, on rabbinic food regulations. He is the author of Rabbinic Drinking: What Beverages Teach Us About Rabbinic Literature (University of California Press, 2020); The Jewish Dietary Laws in the Ancient World (Cambridge University Press, 2016); and Food and Identity in Early Rabbinic Judaism (Cambridge University Press, 2010), as well as the co-editor of Feasting and Fasting: The History and Ethics of Jewish Food (New York University Press, 2019); and Religious Competition in the Third Century C.E.: Jews, Christians, and the Greco-Roman World (Vandenhoeck and Ruprecht, 2014). Currently, he is working on a co-edited volume, entitled Animals and the Law in Antiquity (SBL Press, expected 2021), and beginning research on a new book, provisionally entitled Jews and The Pig: A History, which will explore the long association between Jews and the pig.