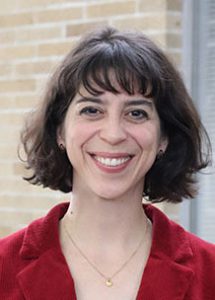 Mitra Sharafi is a legal historian of South Asia at the University of Wisconsin Law School. She holds law degrees from Cambridge (BA 1998) and Oxford (BCL 1999) and history degrees from McGill (BA 1996) and Princeton (PhD 2006). She has taught at the UW Law School and Legal Studies program since 2007, and is affiliated with the UW History Department and Center for South Asia. Sharafi’s research interests include South Asian legal history; the history of colonialism; the history of the legal profession; law and religion; law and minorities; legal pluralism; and the history of science and medicine. Her book, Law and Identity in Colonial South Asia: Parsi Legal Culture, 1772-1947 (Cambridge University Press, 2014) was awarded the Law and Society Association’s 2015 J. Willard Hurst Prize for socio-legal history. Currently, she is completing a book project on forensic science in colonial India, and recently published an article on abortion in colonial India. Her next book project will be a global history of legal education, focusing on non-Europeans from around the world who studied law at London’s Inns of Court during the nineteenth and twentieth centuries. Sharafi’s research has been funded by the American Council of Learned Societies, the Institute for Advanced Study, the Andrew W. Mellon Foundation, the National Science Foundation, the Social Science Research Council, and others. She is a regular contributor to the Legal History Blog and hosts South Asian Legal History Resources. You can follow her on Twitter @mjsharafi.